2015 was a competitive year for the motorcycle industry with manufacturers trying to outshine each other in their respective niche. Of course, there were various motorcycle models such as the 2015 Ducati Multisrada 1200 DVT, Yamaha YZF-R1, BMW S1000RR and KTM 1290 Super Duke R that brought a breath of fresh air to the motorcycle industry. Fortunately, technology is like wine and things will get much better in 2016. In regards, some of the most anticipated motorcycles expected to be released in 2016 include:

The 2016 Ducati 959 Panigale- Quite similar to the 899 Panigale but improved, the Ducati 959 Panigale is perhaps the most awaited Ducati sport bike of 2016. The superbike boasts 157 horsepower with a 955cc superquadro V twin engine and 79 pound feet of torque. Hence, it has a slight advantage over the 899 Panigale. Additionally, it is designed to meet the Euro 4 emission criteria by adding new case covers, timing chain, head and gears.  The upcoming US model is expected to weigh 377 pounds with the price ranging between $14,500 and $15,300. Although Ducati has not officially announced the release date, it is expected to be released early 2016 probably before March. 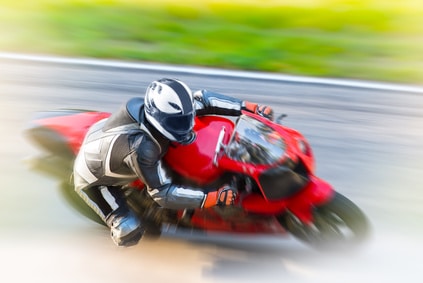 2016 KTM 690 Duke – The KTM Duke series is highly respected for its capabilities to maneuver through rough, twisty mountain terrains at a fast pace than most motorcycles. To make it better, the street bike will be given a significant upgrade in the upcoming 2016 model.  To tackle the vibration problem present in the current model, the developers have added a second balance shaft to the compact cylinder head.  Moreover, the LC4 powerplant has been redesigned to increase the horsepower and torque by up to 7 percent compared to the current model. Quite impressive, the engine has been amplified by 1000rpm making the 2016 KTM 690 the best performing single cylinder street bike. The 3 riding modes switched through the TFT color dash include Sport, Rain and Street. In regards to safety, the model comes with an optional package to include Motor Slip Regulation and Traction Control.  The 2016 690 Duke is expected to be released by mid next year with the price ranging between $7,500 to $9,000.

Yamaha YZF-R1S-  Ask any motorcyclist who has gotten his hands on a Yamaha YZF R1 or R1 M and he/she will tell you both models are exceptional and perhaps the best Yamaha motorcycles in recent years. However, the Yamaha YZF R1 is more expensive than the R1 M probably because it is faster. In trying to keep up the momentum and attract a younger audience, Yamaha unveiled the Yamaha YZF-R1S. The model largely resembles the Yamaha YZF-R1 yet it is $1500 cheaper than the Yamaha YZF-R1. In fact, it is hard to differentiate between YZF-R1 and YZF-R1S but a closer look will reveal slight adjustments in the mechanical parts. To compensate the reduction in price, the magnesium and titanium metals in the R1 have been replaced by steel and aluminum thus increasing the weight by 9 pounds. However, the R1S still delivers a 998cc engine that supports 112Nm worth of peak torque. Additionally, the R1S also features a launch control, adjustable traction control, lift, electronic traction and a six axis IMU system. The Yamaha YZF-R1S is the closest thing to the Yamaha YZF for those who cannot afford. The upgraded model is expected to be released between March to August 2016 retailing at $14,990.