If you have been a car driver before but changed your medium of transportation to a motorcycle, you instantly notice that motorcycle riders are friendlier than car drivers. Unless you meet up with a biker rival gang who will stop at nothing to embarrass you! Nobody remembers how the quarrel started but every time your partners in riding meet up with a particular group of riders, they suddenly become hostile. You probably got into motorcycle riding to attract the opposite sex or for the convenience and adrenaline rush that comes with it but you did not expect such mumbo jumbo. Like any other occupation, there are some things that you need to learn first and fast before the streets teach you a lesson. 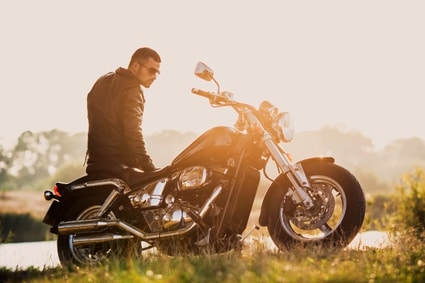 Never get too comfortable- Today, the United States is relatively safer than most countries in the world but according to the National Insurance Crime Bureau, there are at least 40,000 motorcycles that are stolen every year in the country. That is quite a shocking statistic and it means a motorcycle is stolen every 15 minutes in America. Surprisingly, New York and Las Vegas are the cities with the highest rate of motorcycle theft while California, Florida and Texas lead in the states category. Keep in mind that motorcycle thieves don’t care whether you live in Long Island, Brooklyn or Compton. Always lock up your motorcycle even if you have gone to the bathroom for just 30 seconds. Of course, if you really love your motorcycle you will park it in a secure location and alarm it. Talk to other experienced bike riders within your area and they will tell you the no go zone for riding your motorcycle. You might reconsider passing through that dark alley shortcut at night after you discover it is a hotspot for motorcycle robbers.

Respect goes both ways- There is a mutual honor code among motorcycle enthusiasts that you should not touch another rider’s motorcycle without his/her permission. If you ride a classic Harley Davidson or an accustomed version, expect to be asked a lot of questions especially by the old guys. Just be friendly to those who admire your motorcycle because you don’t know if they will be the ones to help you in case of a theft. However, don’t trust a friendly stranger to look out for your motorcycle.

Take advantage of the stereotyping- There is a certain perception people have about guys who ride mean looking motorcycles especially Harley Davidson while wearing leather jackets. Add some tattoo and bandana into the mixture and even if you are the nicest guy in the world, some people will think you are a bad boy. However, deep inside you know you don’t have a single criminal record and you wouldn’t hurt a fly but at a party, all the girls think you are the bad boy. Just don’t rub it on everyone’s face. Most of those ladies will be nodding when you are talking about your slick Y ring drive when in fact, they are just pretending to know what you are talking about. Of course, once in a while you will meet up a lady whose knowledge and experience of motorcycle riding turns you on. If the talk goes far enough, don’t let the in-laws stereotype you just because you ride that loud Harley Davidson.

A rider’s worst bad luck- If you are a rider and you think the purpose of a helmet is only to minimize injury during an accident, wait until you meet up with a swarm of angry bees on the road. In fact, it doesn’t have to be bees per see. It could be wasps or other flying insects. Heck! Some riders will tell you that they had flying birds shit on their head. Just hope and pray if that day comes, you will be fully clothed and wearing a helmet with the visor down.

Don’t nod at everyone- What could be worse than a Duccatti superbike rider nodding at a scooter rider is a Harley Davidson cruiser biker nodding at every car driver. Just don’t it! Instead you will give out a hint that you are a new biker on the road. The type of biker you nod at is determined by the motorcycle he/she rides. If you were a heavyweight wrestler, would you nod at lightweight wrestlers? Probably not because you don’t consider them worthy opponents. The same rule of picking up someone your own size applies to the motorcycle world. Only nod at motorcycles that you consider close to your range.

The weird superstitions- The superstition code is not for every biker since people have different beliefs. In fact, most bikers make up their own superstitions along the way. A certain biker will not get close to their motorcycle for 48 hours prior to a long distance journey while another sprinkles their bike with holy water. Perhaps the most common superstition among bikers in the United States is that green motorcycles are often unlucky just like riding on a motorcycle that belonged to a recently departed soul. Of course, there are those who dismiss such claims as nonsense but on the other hand, there are motorcyclists who take such superstitions very seriously. For instance, karma believers will point out to you that if you don’t stop to help out a fellow rider whose motorcycle crushed down at the road side, the same thing or even worse is likely to happen to you. Regardless of karma or not, giving out a hand to those who are in desperate need is not just a rider’s code but it is what defines humanity.