Imagine owning on a self-driving motorcycle that takes you anywhere just by a simple command. Perhaps your only worry would be falling off and the motorcycle driving off without you on board. Welcome to the future of motorcycle! Google is already on course to testing self-driving motorcycles on the state of California. Additionally, Ghostrider robot motorcycle which was initiated by the Defense Advanced Research Agency for military purposes also utilizes the same self-driving technology. Of course, not everybody is happy about it since motorcycle riding is supposed to be fun and robotic self-driving would suck the life out of it. No wonder Ghostrider’s chief co-coordinator, Anthony Levandowski, has been the focus of protesters who are against self-driving technology. However, change is inevitable and whether you like it or not, it will happen eventually. In retrospect to technology, there are other exciting prospects likely to surface in the near future. 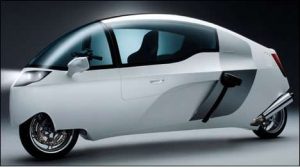 Many riders would probably want an enclosed motorcycle during winter to shield them against cold and rain. The concept of an enclosed motorcycle is not strange. However, the trick is balancing the aerodynamics of a motorcycle without it falling over. LIT Motors, a company based in San Francisco is on course to mass producing enclosed motorcycles in the near future. The company has developed a 2 wheel electric motorcycle known as the C1 that comes with a spacious interior big enough to fit in 2 people. Unlike other motorcycles, you don’t need to use your feet to balance when riding since the C1 utilizes rotating gyroscopes to sustain equilibrium. In fact, if the enclosed motorcycle is hit or pushed on the sideways by another person or a mid-sized sedan, it will not fall down. Hence, the C1 is deemed as a safer alternative to regular motorcycles mostly because it features an air-bag, safety belt and there is no need of a helmet since it is fully enclosed. Additionally, various functions such as drifting and parking are supported by a computerized interface. According to the concept founder, Daniel Kim, the C1 can travel up to 120 miles per hour or 220 miles per charge which is quite impressive for an electric motor. Although the C1 uses a steering wheel for navigation, it is widely considered as a motorcycle. Bear in mind that you will require a motorcycle license to drive it and National Highway Traffic and Safety Administration classifies any motor vehicle with less than 4 wheels as a motorcycle. One thing is for sure though; the LIT Motors C1 will be a game changer in the motorcycle industry. 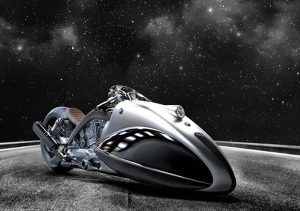 Of course future motorcycles will be designed differently but who would have pictured a 4 wheeled vehicle conceived as a motorcycle. For instance, the Dodge Tomahawk which was unveiled at the North America International Show in Detroit back in 2003. The Dodge superbike is fitted with a Viper sports car engine capable of propelling up to 300 miles per hour. Hence, due to the powerful engine, the Dodge Tomahawk is equipped with 4 independent motorcycle wheels to handle the engine throttle. Additionally, the Dodge Tomahawk features 8.3 liter engine, 525 lb ft of torque and 500 hp. However, the Dodge Tomahawk poses a challenge since the rider will probably be lifted off the seat at over 200MPH due to lack of a sustainable streamlining design.  Matter fact, there has not been a verified trial test of the Dodge Tomahawk riding faster than 200MPH. Regardless, the Dodge Tomahawk quadricycle concept is likely to surface again in the future in relation to supersonic motorcycles, only if it is improved. 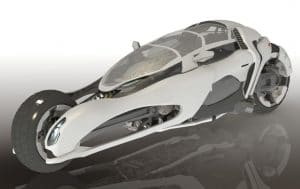 It looks like something from a movie probably The Transformers but the Magic Tricycle is the beginning of convertible motorcycles. Although it is still a concept, such motorcycles might flock the roads a few decades to come. Like the name suggests, the Magic Tricycle can convert from a 3 wheeled motorcycle to a 2 wheeled motorcycle just by pressing a button. The 3 wheels are suitable on the highway since they offer a safer enclosed compartment whereas changing to 2 wheels maximizes the speed and makes it easier to maneuver through narrow pathways.  When transforming into 2 wheels, the 3rd wheel is carried on top to maintain the balance while the passenger cabin/section rotates. 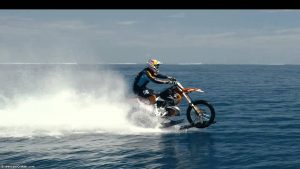 Aussie daredevil Robbie Maddison recently made history by riding a KTM SX motorcycle in the ocean at over 50MPH. Sounds crazy, right? But the stunt rider modified his motorcycle with skis and spent at least 5,000 hours trying to find the motorcycle with the perfect balance. Even though it was a very dangerous maneuver surfing with an actual motorcycle along giant ocean waves in Tahiti, Robbie Maddison gave the world a glimpse into the future. The only difference is that it would be much safer in the future. In relation, the Biski motorcycle concept that can travel on both water and land was showcased at the American International Motorcycle Expo held in Florida. However, the motorbike is sort of a jet ski/motorcycle hybrid but it takes only 5 seconds to switch from land to water and vice-versa. Fortunately for those who are not Robbie Maddison, you don’t have to be a dare devil to ride a motorcycle on water in the near future.

Even though the design of future motorcycles does not appear convectional, the future seems bright. An example is the 2015 Honda CB750 Concept employs radar technology that enables the bike to automatically avoid an oncoming collision. Therefore, it is safe to say that the future will be safer.