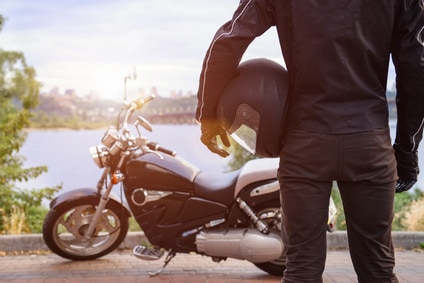 Fastest MotorcyclesThere has been a long standing debate about which motorcycle is the king of the road when it comes to speed. Of course there have been critics writing off unorthodox motorcycles such as the Dodge Tomahawk while others claim manufacturers often deceive the consumers and a motorcycle should only be the top contender if it has been verified by independent witnesses. Furthermore, riding a motorcycle beyond 200mph is considered extremely dangerous since it is possible for the rider to be air-lifted off the bike. Without a universal organization to road test the motorcycles and confirm the reports, the question of the fastest motorcycle in the world will be a point of dispute. Regardless, there are few motorcycle models that are always mentioned when the debate arises. In retrospect of the fastest motorcycles on the planet, the top candidates include:

Inspired by the fastest bird on earth, Hayabusa is the Japanese word for Falcon. Just like the bird, the latest Suzuki Hayabusa can speed up to 248mph thanks to its engine that supports 197 hp at 6750rpm. It also comes with a 6 speed transmission system, 1340cc 4 cylinder liquid cooled engine and an advanced fuel system that keeps the consumption low. Moreover, it is street approved and can accelerate up to 60mph in just 2.5 seconds.

A list of the fastest motorcycles in the world is not complete without mentioning the MTT Turbine Y2K Superbike. In fact, it went down in history as the first production motorcycle that utilizes a jet turbine engine to power up the speed. So great is the MTT Turbine Y2K Superbike that it was recognized by the Guinness book of records as the most powerful production line motorcycle on the planet. To say that the engine quality is good is an understatement judging by the fact that it resembles the Rolls-Royce 320hp engine plus the latest version can be upgraded to 420 horse power and 500 pounds feet of torque. Additionally, it can hold 34 liters of gasoline, not to forget the 227mph it can achieve on the race track. The improved latest model, MTT Turbine Streetfigher, can accelerate from 0-200mph in just 5.4 seconds and travels faster than 227mph.

A starting price of $3.6 million, the Ecosse Spirit ES1 can reach a top speed of 230mph. The motorcycle design is based on F1 technology while the weight stands at 265 pounds. Even though the 1000cc V4 200 horsepower engine seems significant to the performance, the aerodynamics also plays a major part to increase the speed by at least 26% than normal capacity. Unfortunately, there are not many Ecosse Spirit ES1 motorcycles that were put in production.

Arguably the fastest Yamaha motorcycle on the road, Yamaha YZF R1 speedometer hits 186mph. Even the engine is quite sophisticated boasting a 1000cc, 4 cylinder 20 valve liquid cooled engine. The latest 2015 Yamaha increases the horsepower to 196hp while adding a complete 3D controlling system, the first of its kind. The Inertial Measurement Unit is advanced with capabilities to read signals and calculate the precise movement or location of another vehicle to update the motorcyclist on how to operate. Contrary to expectations, the street credited Yamaha YZF R1 can be purchased at a rather low price of less $20,000 considering it is one of the safest high speed motorcycles on the planet.